The Elixir Fund is inspired by Kevin McQuarrie and his unique, life-affirming approach to cancer treatment. Even while enduring two years of almost continual treatment, Kevin embraced life and approached his therapies with an inspirational outlook. 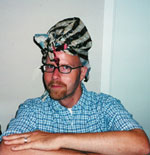 Kevin, a massage therapist, had seen clients and friends go through chemotherapy and always thought it was something he would never want to do. So when he was diagnosed with cancer, he thought about refusing treatment. In the end, after friends and family rallied around him, Kevin decided to try chemotherapy. Yet it still had a negative connotation. To give it a more positive spin, Kevin decided to call it his “Elixir.” He asked his family, friends, doctors, and nurses to call it that as well, and gently corrected them when they forgot. This was the beginning of a philosophy that sustained him, and those around him, throughout his journey.

During his hospital stays, Kevin surrounded himself with amenities that not only made him more comfortable, but also allowed him to focus on life beyond cancer. This included a DVD player, movies, CDs, a special reclining chair, a personal blanket, and decorations for the walls. He found these items relieved many of the physical and mental stresses associated with treatment. 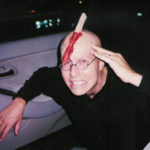 Kevin also relied on the support of friends and family who not only provided the amenities for the hospital, but also visited him, massaged him, and boosted his spirits with humor. He felt strongly that all of these things helped him to stay positive, avoid feeling sick, and make the most of his life during and in between hospital stays.

Throughout all of his treatments, which included 6 rounds of chemotherapy, stem cell, gamma knife, and almost four months of radiation, Kevin led an active life and was rarely sick. He laughed often and lived life to the fullest. Kevin did not view his treatment as a battle, but rather he often referred to cancer as “the greatest gift in really ugly wrapping.” Although Kevin passed away in 2003, his family and friends do not view this as a loss, rather we are grateful for the incredible memories of laughter, love, and peace; his spirit is still very much with us. 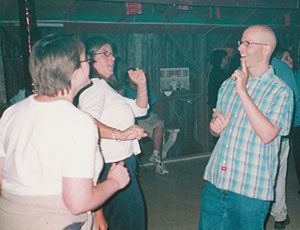 Kevin considered himself extremely lucky for all that he received. He wanted to give something back by providing support and supplying comfort items to other cancer patients. The Elixir Fund has been created to do just that.